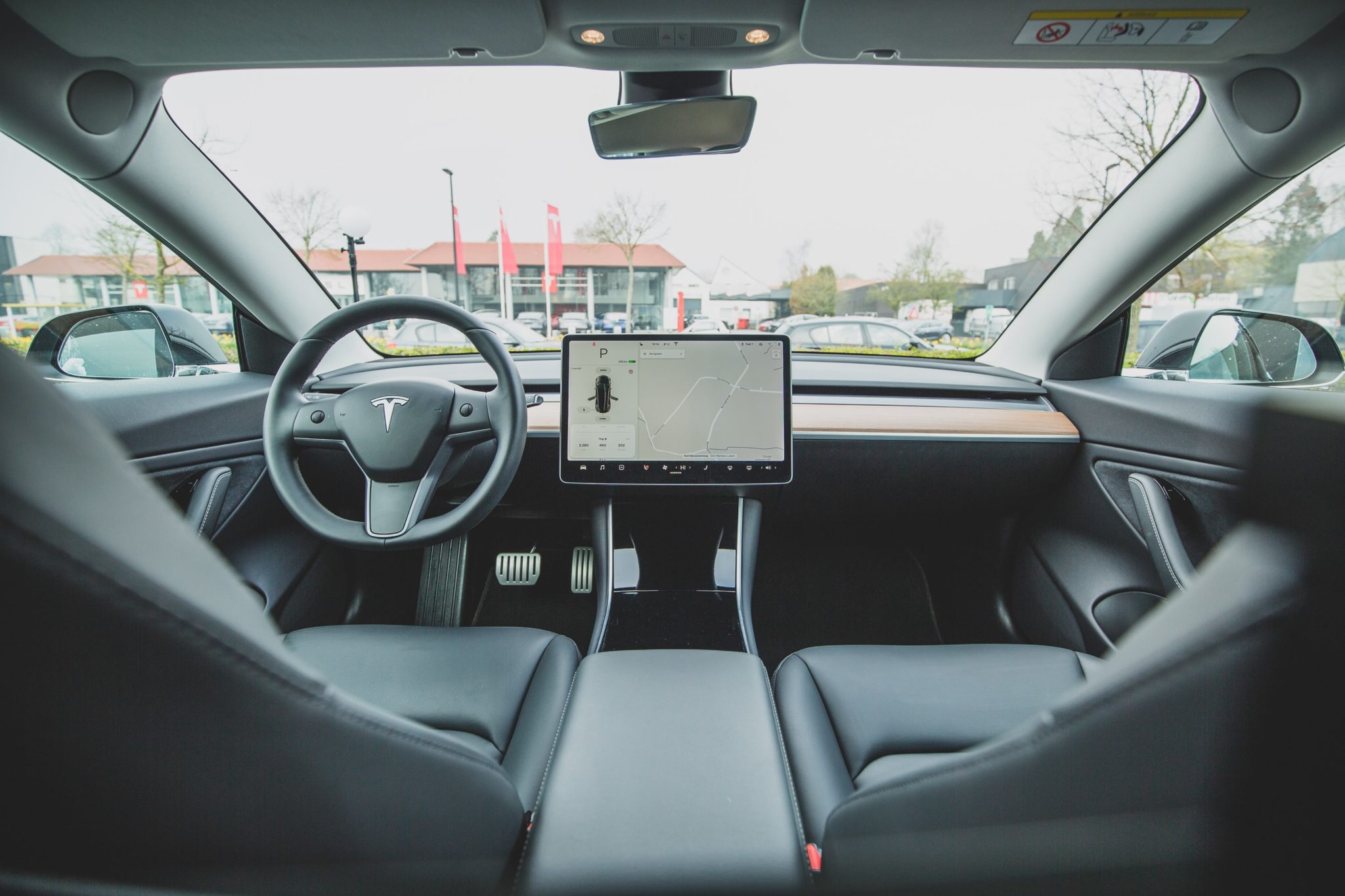 You constantly hear about the dangers of cars, but how often do you hear about a vehicle saving a life?

Last week a newspaper in England reported, “Laurence Sanderson said he, his wife and three children, and the occupants of a second car coming in the opposite direction, would have ‘undoubtedly’ been killed by a falling 400-year-old oak tree – but in an extraordinary coincidence, both vehicles were self-driving Tesla Model X cars, which have automatic emergency brakes.” Both cars sensed the tree falling and stopped suddenly, so it landed on their hoods and missed the occupants, saving everyone’s lives.

Automatic braking is just one feature that makes Tesla cars quite unlike any other. Given that Tesla’s are among the most popular vehicles in the Steer garage, we wanted to make sure our members are taking advantage of all the features and fun that Tesla’s come equipped with.

Let’s have a blast exploring 11 Tesla features that make driving them a different world from almost any other vehicle on the market.

1. The National Highway Traffic Safety Administration gave the Tesla Model S a rating of 5.4 out of 5.

The passenger cabins of Teslas are so safe that the story in the newspaper above may well have reported that the passengers would have been saved from the tree even it had landed on the cars’ roofs. Why? In the NHTSA test, their machine for testing objects falling on the Model S roof broke before it was able to crush the cabin!

What this means for you is that these cars are incredibly safe, even when their electronics aren’t keeping an eye on you while you’re driving down the road.

Ludicrous Mode has the bipolar outcome of accelerating like a cat off a hot tin roof (2.5 seconds to 60 anyone?) yet can also extend the range of the car to over 300 miles on a charge – the first-ever electric car to manage this range.

When it comes to acceleration, a Tesla in this Mode can line up next to a Ferrari or Lamborghini and put their foot down, leaving the gas guzzler struggling to even be on the same road, let alone keeping up!

Insane Mode on the Model S P85D takes advantage of the dual motors to get the car up to 60 in an impressive 3.5 seconds, blowing most other cars off the road when you put your foot down. Who says that electric cars are boring old trolleys when they can embarrass drivers in cars that cost ten times the price?

The first thing to say about this is that you should always have your hands on the wheel and foot ready to jam on the brakes – while one of the most advanced self-driving systems on the road today, you can’t have a doze while it drives you everywhere! The car can sense whether your hands are on the driving wheel and will take measures to make you take control if you don’t, even slowing it down and putting on the hazard lights.

However, it can get you over busy interchanges and put you in exactly the right lane on bigger roads, and can do things like slow and stop the car on streets of speed limits up to 60mph. If the lights change on you, you’ll have to respond, but if they do for the car in front, the car will react to it.

It’s this cool front-end sensing, that’s even on Teslas without FSD, that may have saved the two families’ lives when the tree fell on their cars. This Tesla feature is available on all models built after 2016.

Emergency lane departure avoidance is a feature where if you haven’t seen another vehicle and are about to change lanes into its way, or you’re about to come off the road, the Tesla car will steer out of harm’s way.

This feature is linked to the lane departure warning system where the car will sound an alarm if you change lanes without putting on your indicator to show other drivers your plans.

In both cases, if these events take place too often, the car will ultimately slow down and flash its hazard lights to warn other drivers you could be in trouble (perhaps in a medical emergency). In these cases, authorities can slow you down and stop you without touching the car. How? They can surround your car and stop, and the car’s collision avoidance system will stop it – now that’s pretty cool!

Did you know that the car will drive you from A-to-B using its navigation system on Autopilot too? This means on most roads, and in safe conditions, you could tell the car where to go and rest your hands on the wheel while it takes you where you’re going.

This feature puts Tesla cars head and shoulders above its rivals. As always, you need to be sober, alert, and have your hands on the wheel throughout as the car won’t drive you without you doing it.

We can’t talk about Tesla features without a word on their Easter eggs, can we? These are little apps that you can find all over the autopilot and infotainment systems that can make life a little lighter while driving them. Let’s have a look at a few of the best.

Dozens of other Easter eggs will keep everyone happy, including fun the driver can have while driving it on Autopilot as well as the passengers old and young. Though most of them can be found on a dedicated screen, some can only be found by hitting the Tesla button in certain circumstances. Have a play and see what you can find!

7. No Need for a Child Lock

As with all cars on the road today, there is a standard child lock on the rear doors of Teslas to stop your little ones from falling out while playing in back as they do. But did you know that at speeds of over 5mph, no doors will be operable from the inside anyway? You can only open the doors from the inside when the car has come to a complete stop. That means everyone is safe all the time.

There is one time you could regret this feature – in a carjacking, there will be no escape until and unless the vehicle is at a standstill. Given that we’re not the first to point this out, we’re sure that there will be an Over The Air update in good time that fixes this issue – perhaps you could say a code word and press the screen to unlock the doors and get away with your life? Who knows what the Tesla engineers will come up with?!

8. Reverse Can be Engaged While Moving Forward

Unlike other cars where you have to put your foot on the brake and come to a standstill, you can tell your Tesla to go into reverse while it is rolling forward. The car will come to a stop safely and then reverse.

Though it is only available while you’re traveling at a maximum speed of 5mph, this is a feature that can allow you to maneuver more quickly and effectively.

If you have kids in your car, you won’t want them to hear the language that adults use. That’s why Teslas have an ‘explicit lyrics bar’ on their infotainment system – all you need to do is check a box, and you won’t hear songs that may teach them the language that you’d prefer they won’t.

This is just one of a large number of family-friendly Tesla features on the range that makes their cars so good for families to use. How many other automakers have thought so deeply about things like these?

The car you lease from Steer today will be far better at the end of the lease term than it was when you drove it away. Sound strange? That’s because Tesla releases regular OTA updates to the car’s software, where Tesla HQ can upgrade your car while it is in your garage or parking lot.

Improvements so far have included updating the Autopilot software so it can get you in precisely the right lane on the road in cities and highways where you need to be in a particular lane to change roads, turn right or left. Other regular refinements make every Tesla made after 2016 almost as good as one another.

Where there is a problem with an OTA, you can send a report back to Tesla HQ (again without leaving the car), and they can come up with a software patch to fix it. That means that unlike certain operating software companies, the company will keep you on the road even if there is a bug in the code!

Quite apart from being tailpipe-emissions free and saving others from breathing gunk from your driving, the Model X keeps the air inside just as clean inside as it does the air outside!

On the crossover Model X, there is a High-Efficiency Particulate Arrestance (HEPA) filter that cleans the air coming into your car to the same standards as a hospital operating room. On Bioweapon Defense Mode, that could mean you could theoretically drive away after a terrorist ‘dirty bomb’ attack on your city and be perfectly safe inside.

Basically, the dirty air of a city is cleaned by the car as it flows inside the cabin. If you or a friend have a lung condition such as asthma or COPD, this means that you or they can breathe the air without risks of unwanted pollutants, causing a reaction.

From exceptional safety ratings to gadgets to keep the kids happy, Tesla cars are totally different from those made by other automakers. Hopefully, we’ve given you a flavor of some of the unique Tesla features out there.

Subscribe to your next Tesla with Steer to go on your own journey of discovery to find out what else there is on these machines too!