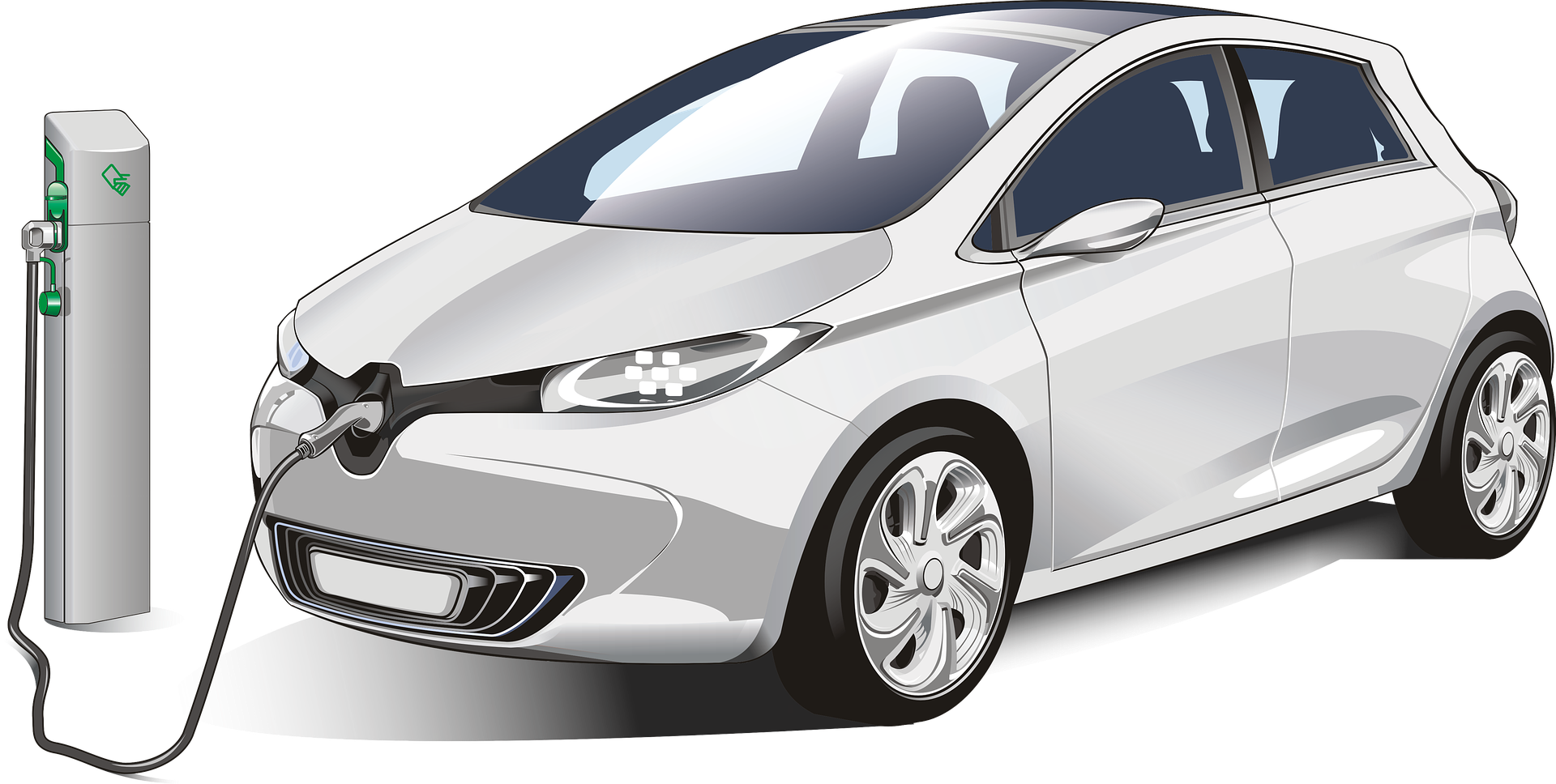 What Are the Benefits of Electric Cars?

For more than a century, gasoline and diesel-powered vehicles have dominated the roads. However, recent technology advancements in self-driving, battery range, and power electronics have leap-frogged electric cars ahead of their gas counterparts, making what has long felt like the future available to drive today. Now we have electric cars that are just as fast as petrol-powered cars, if not faster.

In fact, electric cars accelerate faster than gasoline vehicles since the induction motor of an EV pumps out instant power with no engine lag – instant torque! These high-performance cars can go zero to 60 in seconds, no problem. Not to mention, electric vehicles have better traction control and stability than a typical internal combustion engine vehicle, due to their low centers of gravity and weight from the battery packs, typically located underneath the vehicle. So bring on those winding roads and enjoy the drive!

It gets better; there are many benefits why you should drive an electric car. Let’s have a look.

The air pollution can be so harmful that in some congested cities, gasoline and diesel vehicles are banned or restricted temporarily due to causing smog. DC, for example, has a goal of carbon neutrality by 2050, and transport plays a significant role in accomplishing this.

Because electric vehicles have zero carbon exhaust emissions, that means it’s possible to prevent smog and improve air quality by driving electric cars. Bonus: Say goodbye to that annoying emissions test every couple of years – more on that later.

Besides that, you can take it a notch higher and use renewable energy like electricity produced using solar, hydropower, or wind to recharge your electric vehicle. Even the lithium-ion batteries can be shipped to recycling plants to be restored or improvised for lesser demanding tasks.

In the future, we will probably see more electric cars like Nissan Leaf, BMW i3, or Ford Focus Electric that are made using recycled materials.

Whichever way you look at it, electric cars are environmentally friendly since they reduce pollution significantly.

Most electric cars today come with the latest cutting edge technology and safety features. How advanced are we talking? Imagine you’re sick, and you can’t drive yourself to the hospital, but you got a Tesla Model S in your parking lot. It’s possible to summon your car using a smartphone, get inside, put your destination in the tab, and let it self-drive you to the hospital (you do need to keep your hands on the wheel, no sleeping!).

It’s not a joke anymore; we’re probably getting to the point where if you steal an electric vehicle, it will self-drive you to the nearest police station.

What’s more, you can preheat your electric car in winter and avoid scraping the windows in the morning. If you’re plugged into a charging point, you won’t need to draw power from the battery when heating your electric car overnight. You can even turn on the A/C through an app without starting the engine, something that you can’t do on most diesel and gasoline vehicles without draining the battery.

In some places such as Colorado, California, Maryland, Florida, Ontario, and British Columbia, EV drivers enjoy the privilege of driving in the HOV lane. This benefit is so helpful, many people who live in places with insane traffic congestion such as Los Angeles buy or lease electric vehicles just to use the HOV lane and evade the traffic.

It can be exhausting sitting in traffic for hours, but a pool lane can save you at least 30 minutes or more, especially during rush hours. Besides saving you time, HOV lanes are safer to drive, and at the end of your trip, your EV will consume less energy.

Remember when Volkswagen was fined $2.8 billion for cheating on emission tests in the United States? That is just how serious emission tests are regulated, and there are dire consequences if you fail. For those driving ICE (Internal Combustion Engine) vehicles, it can cost an arm and a leg if you don’t pass an emission test.

It could be worse if you fail the emission test, and the DMV doesn’t register your vehicle. Sometimes even the repairs are not enough, and it would make sense to buy a new car rather than spend thousands of dollars trying to fix the problem. It sounds expensive, right?

Of course, since electric vehicles have zero exhaust emissions, you don’t need to go for mandatory emission testing. Even if you buy an old second-hand electric car, you don’t have to worry about harmful pollutants coming out of your exhaust system. It doesn’t happen!

What is the oil maintenance budget for an electric car? Zero! That is because you don’t need it. Unlike internal combustion vehicles, electric vehicles are engineered with very few moving parts, so they eliminate the necessity for oil changes, transmission servicing, tune-ups, and replacing the drive belts, spark plugs, and air filters.

Except for a few little things like rotating the tires, checking the tire pressure, occasionally topping up the windshield washer fluid, coolant, blinker fluid, and brake fluid, electric vehicles don’t require a lot of maintenance. In contrast, it won’t cost you more money than what you would spend maintaining regular gasoline or diesel engine vehicles.

Later, you will need to swap the batteries in the future, but most EV manufacturers have a warranty covering between 100,000 to 200,000 miles. Most likely, you won’t need to change the batteries for the next 8 or 10 years.

In most major cities, you can access premium parking close to the entrance of a mall, restaurant, office, or store where you can charge your electric vehicle. EV drivers can use apps such as PlugShare or OpenCharge, ChargePoint, and ChargeHub to find the nearest parking lots that accommodate electric vehicles.

The best part? Most public locations in the United States and Canada with plug-in charging outlets are free to charge. Did somebody say ‘not fair’? Well, you can’t say the same about internal combustion engines getting free gasoline or diesel.

However, it’s considered bad manners to park your EV in a public charging spot without connecting it. If you’re not charging, you should allow other EV drivers to plug in their vehicles. But if your battery is low, go ahead and take your time.

No Stopping for Gas

Back in the days, there was a significant oil shortage in the United States that caused the price of gas to skyrocket overnight, and drivers lining up for miles at the gas station. It happened back in 1973 to 1974, but there is a chance history could repeat itself. Such an inconvenience due to gas shortage and rations wouldn’t be possible if you’re driving an electric vehicle.

Even today, the price of oil can be unpredictable, and we’ve probably seen it a hundred times before when oil prices fluctuate.

Suffice to say, it’s easier to be self-sufficient using electricity, and its price doesn’t change that much compared to oil. Also, you can utilize solar panels at your home to produce your electricity and store it in a backup battery. You know, save it for a rainy day?

Beyond that, if you have installed a level 2 charging station at your residence, you can wake up to a fully charged electric vehicle every morning. No more waiting in line at the gas station.

The money you spend on gas per mile is twice as much as what you would spend on electricity per mile. The difference is more prominent if you’re driving a vehicle with low miles per gallon consumption rate. Still not convinced? Let’s do the calculation.

If the current price of gas per gallon is $3 and your gasoline car has a mileage rating of 20 miles per gallon, that means you will spend 15 cents per mile. On the other hand, if your Tesla Model X has a 100kWh battery that can deliver 315 miles range, it will cost you about 4 cents per mile, considering the average price per kWh in the United States is 12 cents.

But that’s not all; you probably won’t spend a dime if you’re sourcing electricity from solar panels installed at your home. All you would need is a constant supply of sunshine, and you’re good to drive for a few miles. Don’t forget, most public charging stations are free.

On the other hand, if you owe $5,000 to the IRS, your tax liability will be reduced to zero, but Uncle Sam won’t give you a $2,500 refund. Basically, if you owe less than the tax incentive amount, you will only get a tax reduction up to that amount you owe. Also, the remaining tax credit balance can’t be deducted when filing for next year’s taxes.

However, the $7,500 tax credit doesn’t apply to every electric vehicle since it depends on how many total EVs have been sold by the manufacturer. If a manufacturer sells more than 200,000 EVs, the federal government slowly phases out the tax credit within 12 months. Tesla has hit this threshold in 2020 and no longer qualifies for federal tax incentives, for example.

Despite that, a lot of electric vehicles on the market are still eligible for $7,500 tax incentives, and you should take advantage of that before it’s too late.

There’s never been a better time to drive an electric vehicle. Most electric cars nowadays can go more than 250 miles after a charge, and there are more than 50,000 charging points in the United States.

What else? Driving is more fun and relaxing when using one pedal and semi-autonomous technology. The torque is instant, and the power is smoother with no gearshifts. The engine doesn’t stutter, shake or vibrate, and it’s as quiet as a vacuum in space.

Other significant benefits of electric cars include not paying public parking fees in most eco-friendly cities and potential tax incentives.

Above everything else, you will be doing the planet a favor by reducing your carbon footprint.

Ready to make the switch to electric? Get started with Steer today!