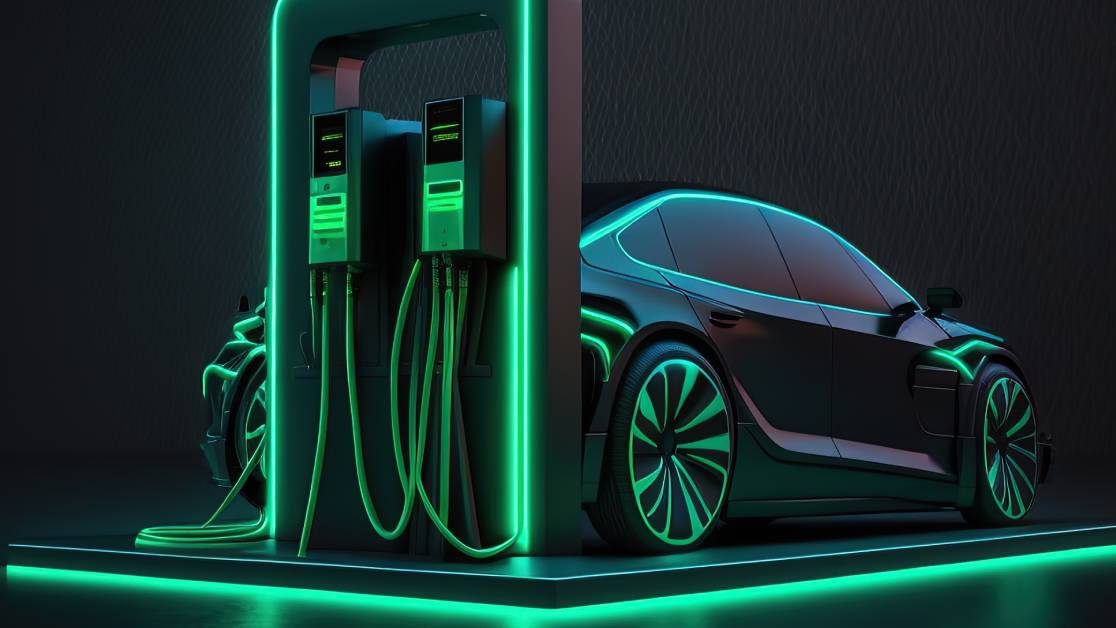 Preparing for Ontario's Electric Vehicle Revolution: What to Expect from EV Infrastructure in 2023

Electric vehicle owners in Ontario can expect to see electric charging stations located throughout the province – from major urban hubs to remote rural areas. In preparation for the growing number of electric cars on the roads, many companies have committed to building electric vehicle infrastructure across Ontario. This includes power providers such as Hydro One who are installing electric vehicle charging stations along highways and major highways, as well as public institutions like universities, hospitals, and airports installing charging points on-site. It is expected that electric car drivers will be able to access up to 15 publicly available electric charging points within a 30 km radius making it easier than ever before for electric car owners to keep their vehicles charged and ready for use.

In addition, we can also anticipate seeing an increase in private home electric charging stations as well. Home installations allow electric vehicle owners the convenience of topping up their battery while they sleep, with some systems even offering smart technology which detects when electricity prices drop and then automatically charges the car when it's most cost-effective.

Beyond electric charging infrastructure, there is also an increasing demand for public transportation powered by electric vehicles. This includes buses, streetcars and even autonomous shuttles that use electricity instead of gasoline or diesel fuel. Many cities across Ontario already have fleets of electric buses in operation providing clean transportation alternatives that reduce carbon emissions and improve air quality.

By investing in EV infrastructure and encouraging the transition away from traditional fossil fuel-based forms of transport, Ontario can become a leader in electric transportation solutions while helping to create economic opportunities and sustainable jobs all over the province.

Inspired by the success of car sharing services, electric car subscription services like Steer EV will make EV ownership even more affordable for Ontarians. These plans are designed to help people drive electric cars on their own terms by offering lower monthly rates and access to a range of vehicle models.

In addition, electric car subscription plans also come with added benefits such as insurance coverage and roadside assistance included in the monthly rate so that electric vehicle owners don't need to worry about additional costs or unforeseen repair bills.

Clearly electric car subscription services like Steer EV are helping to make electric vehicle ownership even more affordable and accessible for all Ontarians – especially those who may not be able to commit to long-term leases or those who want the flexibility of switching between models whenever they want. By 2024 we can expect to see more electric cars on the road thanks in part to these innovative subscription plans that enable Ontarians to enjoy the benefits of electric driving without sacrificing convenience or affordability.

In addition, electric vehicle manufacturers are also exploring the potential of using alternative energy sources such as solar power to charge electric cars. Tesla announced plans to roll out solar roof tiles which can be used to power electric vehicles directly from your home.

The development of electric vehicles is not just limited to solar powered cars – autonomous electric vehicles are also being tested in Ontario and we can expect to see even more breakthroughs in self-driving technology over the next few years. Autonomous electric cars will not only make it easier for drivers to get around but they could also reduce traffic congestion on our roads by eliminating human error from the equation.

Finally, electric vehicle manufacturers are also investing heavily in battery research and development with a focus on creating longer lasting batteries that can provide electric cars with greater range and performance while reducing their overall cost of ownership. By 2024 we should begin seeing a new generation of electric cars which boast larger batteries that can travel further without needing a recharge – opening up new possibilities for long-distance travel without having to worry about running out of juice mid-way through your journey!

Public awareness around electric vehicles will play an important role in driving electric car adoption in Ontario by 2024. By investing in electric vehicle education and marketing campaigns, electric car manufacturers and the government are beginning to make electric vehicles more visible to Ontarians – making it easier for them to understand their benefits and how they can switch to electric driving.

In addition, electric vehicle forums, clubs and meet-ups have been popping up across the province – helping electric vehicle owners connect with one another and learn more about the technology. These meetings provide a great opportunity for electric car drivers to share their experiences – giving others a better understanding of what it’s like to own an electric car and helping dispel any myths or concerns that may be holding people back from making the switch.

Over the next few years, we can also expect to see electric cars featured more prominently in mainstream media outlets such as television, radio, newspapers and magazines as companies begin investing more heavily in marketing efforts aimed at raising electric vehicle awareness.

By 2024 electric cars should also be available at most major auto dealerships throughout Ontario. This will make it easier for individuals who are interested in buying an electric vehicle to test drive different models before making a purchase decision – providing them with peace of mind that their investment is well worth it.

Finally, increased public awareness will also lead to more electric charging stations being installed throughout cities across Ontario. This will make electric driving even more convenient for Ontarians as they no longer have to worry about finding a place to charge their car when they’re on the go.

The electric vehicle industry in Ontario is set to undergo a drastic transformation by 2024. With increased public awareness, more electric charging stations being installed across the province, and electric vehicle subscription services becoming available at most major auto dealerships – electric vehicles are quickly becoming an attractive option for Ontarians looking to make the switch from gasoline-powered cars. As electric vehicles become more popular and accessible, it is important that we continue to invest in EV infrastructure so that everyone can reap the benefits of electric vehicles.